I am in need of a photo of James Eldred’s House built around 1830. George and Jennie Crandall were living in the house in 1939.

It was located between “Ayers” and “Store” (to the south) on the 1870 map above. An unknown lady and little boy partially cover the house in the photo I have. 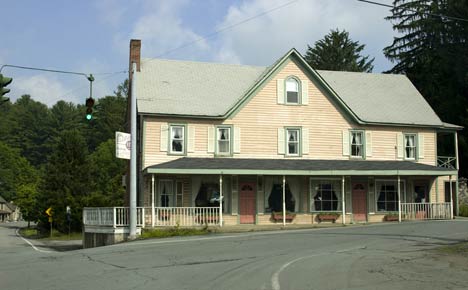 Does anyone know when the “Eldred House” on the northwest corner of Eldred was built? Or who built it?

I think Charles Wilson may have owned it around 1900. I don’t know if the house was there earlier.

I don’t know if it was called “Eldred House” because it was built in Eldred, or because someone with the last name of Eldred built it.

This entry was posted in Uncategorized. Bookmark the permalink.